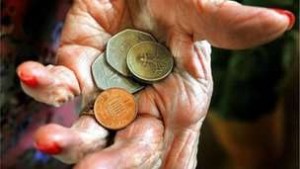 A blog by Dr Brian Sloan, a legal academic specialising in family and property law.  In this blog, Brian comments on the delayed cap on care costs and cautioning against giving away your property prior to going in to care.

The delay in the cap on care costs

The Care Act 2014 facilitates a cap on the amount that any one individual in England is expected to contribute towards his or her social care costs. This would be a contrast to the current situation, whereby someone with assets (sometimes including a home) of more than £23,250 can be expected to meet the full costs of care. In July 2015, however, the Government announced that the cap would be delayed until April 2020.

Limitations on the effect of the cap on care costs

It is important to realise that there were to be several significant limitations on the cap’s effect even before it was delayed, as I discuss in this paper. These are:

2 – it was to cover only the cost of meeting ‘eligible needs’, broadly equivalent to ‘critical’ or ‘substantial’ needs under the pre-Act system, and not ‘low’ or ‘moderate’ ones, leaving much to depend on the outcome of local authority assessments.

3 – costs counting towards the cap were likely to be based on what it would cost the local authority to provide the relevant care, which may be below what an individual would pay for that care.

Whatever the cap’s limitations, it would have left some people with more property to leave to their family and dependants, and might have reduced the risk that the social care system would impose an ‘individual and excessive burden’ in a particular case, breaching the European Convention on Human Rights’ protection of the right to peaceful enjoyment of possessions.

The Local Government Association have said, however, that ‘local government funding will…be under enormous pressure in the coming years as Departments make…savings as part of the Government’s deficit reduction plan’, and any diminution in the funding entering the care system risks prejudicing those who cannot afford to pay for care.

The significant continuing liability to pay for social care might tempt people to give away their property in anticipation of care costs.

But, as I suggest in this paper, caution is required. Aside from the need to ensure that a potential care recipient keeps enough property to support him- or her-self, local authorities have wide powers to reverse the effect of disposals of property for the purpose of reducing liability to pay for care.

They can do this either by deeming a care recipient still to have property of which he or she has deprived herself, or by pursuing the recipient of such property. While the Government’s guidance to local authorities considers it ‘unreasonable to decide that a person had disposed of an asset…to reduce…charges for their care…if at the time…they were fit and healthy’, this is not obvious from the legislation itself.

If you are looking for ways to pay for your care costs, there is a useful guide here as to the alternative options to property you can consider.

What will happen next?

It remains to be seen whether and when the cap on care costs will be implemented. Even if it is given effect, however, it will not remove the controversy surrounding paying for social care in a context where health care is generally provided free at the point of delivery.

Don’t forget to read our other popular blog topics

We have a range of blogs, many written by our readers, from both a personal and professional perspective. Each one focuses on a different issue related to care.  Please click on the topics you are interested in below.