24/7 National dementia helpline – The case for… 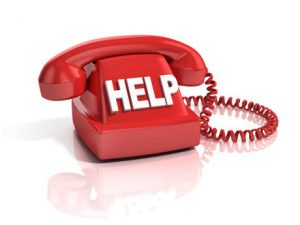 Is there a call for a 24/7 dementia helpline or not? There are those who say that the demand is not there and there would be a cost implication if one was set up.

On the first point I have to disagree totally. I have recently run a Twitter poll for a week to gauge public interest. 90% of respondents said yes and only 10% said no to a dementia helpline. I would say that is a resounding thumbs up for the yes camp.

I have a few points to make in the case for:

What do other people think?

I also spent some time recently on a Twitter chat that included the USA. The have 24/7 dementia helplines as part and parcel of dementia care and the demand they get is huge and their input has been invaluable to so many. In the chat people asked about who would man the phones.

It was suggested that volunteers with dementia care experience take up this role or even off duty dementia nurses. The point re pay came up but I feel that someone should do this voluntarily rather than for money. It has to be a calling from the heart. All people are looking for is an ear and someone to talk too who has empathy.

Signposting was suggested. It was also said that if an answer cant be given then the helpline should source a reply and get back to the original person asking the question.

What would the dementia helpline answer?

The question was raised about the types of questions that may be asked of the dementia helpline. The most common question asked of the Alzheimer’s Society is about seeking a diagnosis for a loved one.

It was agreed that a dementia helpline could be a lifeline for those living in socially isolated rural areas.

Funding was discussed and in the US they are funded by large companies. Should funding be supplied from central government and or local authorities? Helplines should be a Freephone number so all the overheads would be is for an office space and the setting up of the lines along with heating and lighting. Not a horrendous huge sum involved.

Diversity and inclusiveness was mentioned and these are key words.

So as you can see there is plenty of pros and not many cons that can’t be overcome if we were to try and work together to build a dementia helpline. The idea works so well in Wales and Scotland but why oh why is it not working here in England or Northern Ireland. The demand is there. There are 700,000 informal cares in this country and many are crying out for help during the small hours , this concept would surely help would it not? I think so.

Add your thoughts to our forum where we discuss the dementia helpline here.

This blog was written by Derek Fisher @derekfisher2907.